Prayers about the Death of Jesus 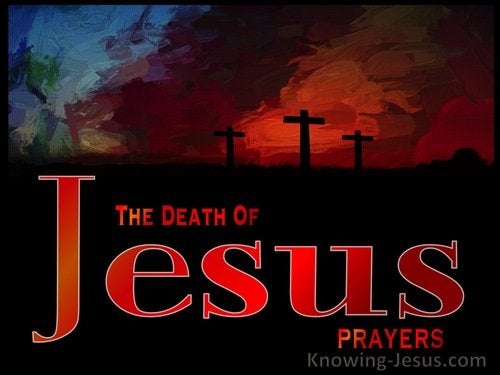 Prayer Of Faith For Our Victory In Christ

Heavenly Father, I praise and thank You for the glorious victory Christ gained through His death, burial and resurrection, breaking the power of Satan and sin in the lives of all who trust in Jesus' name and banishing death and hell forever in the lives of all who believe in Him. Father, I acknowledge that the victory is Christ's alone but thanks be to God, that by Your great grace You have given us that same wonderful victory, through our Saviour, Jesus Christ our Lord.

Father, although this glorious triumph was completed 2000 years ago, nonetheless it is as potent and powerful in the lives of believers today as it was when the angels declared, "He is not here - He is risen." Keep me ever looking to Jesus, knowing that this glorious victory has not lost any of its ancient power, but is the single means of overcoming the world, the flesh and the devil, for all believers who choose to abide in Him and He in them.

I pray that I will run the race that is set before me looking to Jesus, and that I may finish the course that You have given to me, as I yield through word and deed to the working of the Holy Spirit within. This I ask in Jesus' name, 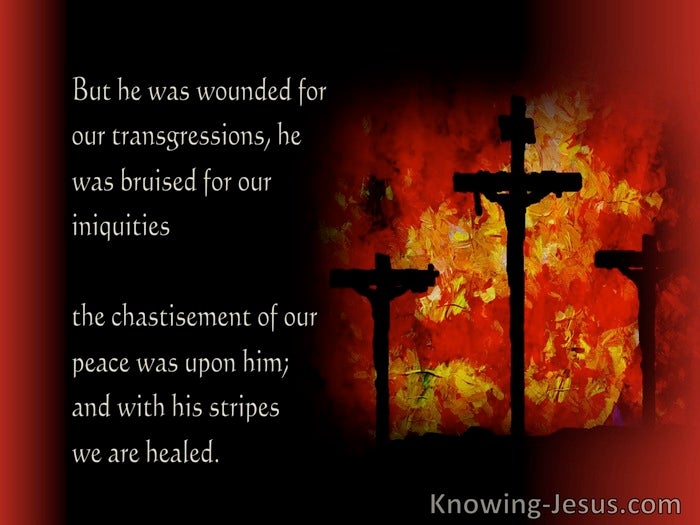 Prayer Of Faith In The Cross Of Christ

Heavenly Father, how I praise and glorify You for loving a fallen sinner such as I so much, that You sent Your only begotten Son, the Lord Jesus Christ, to go through the door of death so that I could be given full and free access to the gates of heaven, by grace through faith in Him. I wholeheartedly place my faith in You Lord Jesus, and worship and praise You with my spirit, soul and body for coming to earth as a man and paying the price for my sins.

When I came to understand that by rights I deserved a death sentence that You willingly took in my stead, and that the eternal Son of God was sent to earth by the Father, because there was no one else that was good enough to pay the price for sin, it blows me away.

Lord, I know that there is nothing that I can do to add to Your finished work on the cross, but I pray that by faith and in the power of the Holy Spirit, I may present my life as a living sacrifice and thank offering to You, for Your goodness and grace to me, a sinner saved by God's grace. May I never forget the great price that You paid for my sins and give me I pray, a heart to love You more and a faith that stands firm in the truth of Your Word. This I ask in the name of Jesus Christ my Saviour, 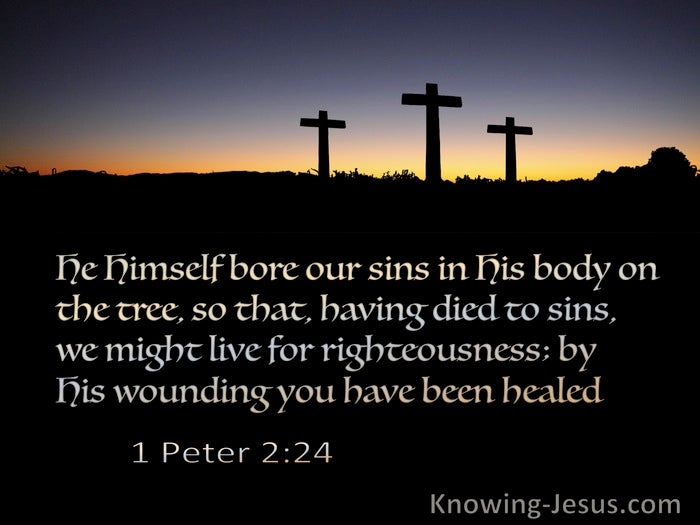 Prayer For A Fuller Understanding Of The Meaning Of The Cross

Dear Lord Jesus, thank You for dying for me on the cross. Thank You for offering up Your sinless life as a sin-sacrifice for me, and thank You Lord, for setting aside Your heavenly glory and coming to earth as a Man, to live a perfect life so that You could willingly give that perfect life as a ransom for many, to pay the price for all the sin of the world, to pay the price for all my sin.

Lord, at times I realise that I have become too familiar with the story of Good Friday and Easter morning without taking to heart the deep and significant meaning of the cross, without fully coming to terms with what it must have meant to the Father to send His only begotten Son to die on a cross, for a rebellious race of fallen sinners, and what it fully must have meant to You, Lord Jesus to be despised and rejected by those You created and to be mocked and nailed to a cross, with men taunting and blaspheming the One, Who in love had come to rescue them from eternal separation for the Father.

Give me I pray, a deeper and fuller understanding of what the cruel cross at Golgotha cost the Godhead, so that sinners such as I might be saved by grace through faith. Give me I pray, a new perspective of the cross that I have never understood before and develop in me a godly awe and reverend wonderment, of all that the cross should mean to me, a sinner saved by grace, through faith in Christ. In Jesus' name, 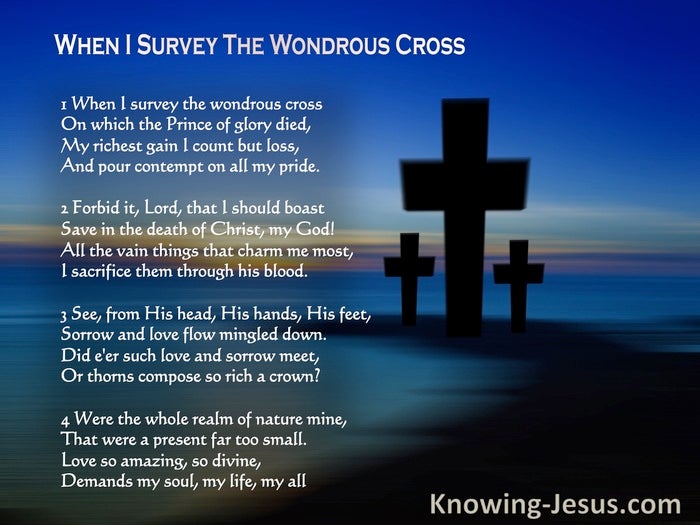 Prayer Of Thanks For Christ's Word Of Forgiveness

Heavenly Father, we stand in awe and wonderment as we look back and reflect on the whole course of that crucifixion day of the Lord Jesus Christ, and all that it means to us personally, as well the incredible impact that it must have had on those that were there at the time, when the cruel nails were driven into His hands and feet and He was heard to pray, "Father forgive them for they know not what they do."

Father, although I can easily look back with an eye of criticism on all who were instrumental in His death, and utter a word of condemnation on those who scorned and despised Him, yet as I reflect on the shocking treatment of our Lord, I realise that it was my sins that also nailed Him to the tree and I am equally as guilty of the death of Your only beloved Son, as Pontous Pilate, the Roman guards, the religious leaders of the Jews and the mocking crowd, for it was the weight of my sins that He carried to the cross and it was for me personally, that He died.

Thank You, Father, that my sins were forgiven at the cross and instead of Your wrath being poured out on me, Jesus took the full force of Your righteous anger as Your judgement on sin fell on Him.

Thank You, Lord, that instead of giving up on humanity when they killed Your beloved Son, that You chose to pour out 2000 years of grace upon grace, so that whosever believes in Him should not perish, but have everlasting life. May I never forget, ignore or trivialise the horror of sin and the tremendous price that Christ paid so that my sin could be forgiven, and thank You for Your great love for me. In Jesus' name I pray, 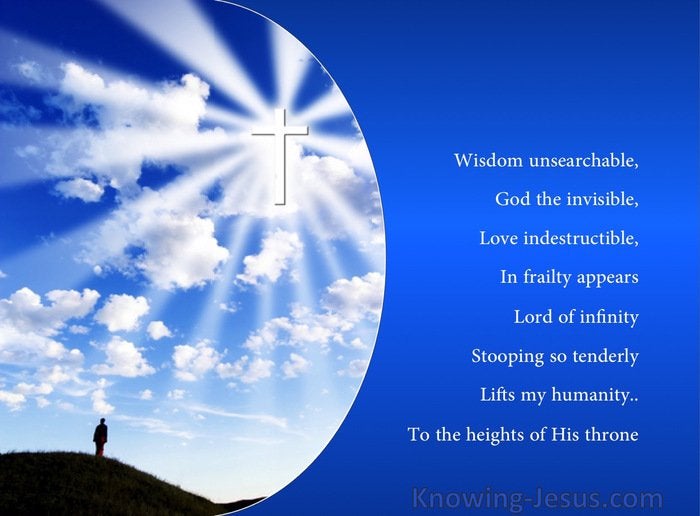 Prayer Of Thanks For The Cross Of Christ

Father God, how we praise and thank You for the cross of Christ and all that it has meant to the fallen race of man. Thank You, that by His death on the cruel cross, the redemption price for mankind has been paid in full, so that whosoever will, may come and receive Christ as Saviour and will be forgiven of their sins and eternally reconciled with the Father.

Thank You that You have restricted Salvation to this one way - Salvation by grace through faith in the finished work of Christ on the cross.. so that whoever believes in Him is not condemned, but whoever does not believe in the only begotten Son of God, stands condemned already - because they have not believed in the name of God's one and only Son.

Thank You, Lord, for that old rugged cross, which conjures us such a shocking picture of suffering and shame and yet Lord, it has become the glorious symbol of life and hope and peace with God. Thank You for the blood of Christ that was spilt so willingly for me, so that a sinner such as I, could be washed in its cleansing flood and made whole by the healing stream that flowed from Your heart of love into my wretched life. Amazing love, how can it be that Christ my God should die for me. Thank You, in Jesus' name,

I Prayed For This Prayed for 11 time.

Thank you for your son Jesus Christ who was our sacrifice and died on the cross for our sin, for all the many blessing you give us each day. Forgive us Father for all our sins.